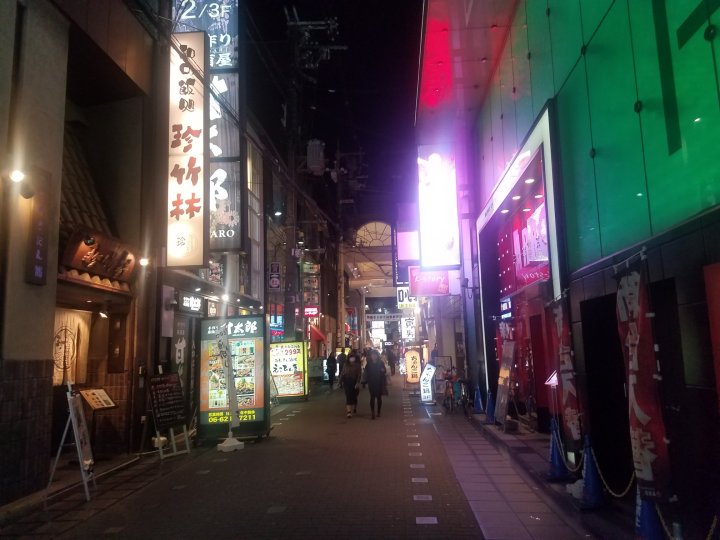 There are always highs and lows when you travel. The happiest I have ever been while traveling in Japan was in 2019 on a random night towards the end of the trip.

You would probably guess seeing one of the incredible shrines, temples, or even an amazing restaurant would have been the happiest I have ever been while visiting Japan and you aren’t too far off. I have had some incredible memories while visiting Japan in the past few years, but the happiest I have ever been was a night in Osaka with two of my good friends in 2019.

The three of us had made it to Osaka from Kyoto, explored the city, and then, after dinner in Dotonbori, decided to hang out in our hotel room after getting a few cold beverages to close out the night. We were all simply relaxing, drinking the beverages, and even flipping through the Japanese channels. We eventually found a baseball game for background entertainment.

I recall I was working on figuring out what time our Shinkansen would be leaving the next day to head back to Tokyo, but was doing so with a little bit of a buzz. We were all relaxing, having a drink (or a few), and just having a good laugh at the days’ events and the funny commercials we saw pop across the TV screen (Japanese TV is quite entertaining even if you can’t understand most of it).

It may seem odd that this would be the happiest moment, but it was. We had all made it to Japan, explored so many sites and cities we had wanted to see, ate so much food, and now we’re all together, all taking a moment to realize a dream that we had all had for years, to explore Japan and having a few beverages to toast the long trip. We had all wanted to go to Japan and now had seen the dream of it comes true and were able to do it together. It was a trip of a lifetime.

It is hard to beat an incredible vacation, good company, and a couple cold beverages. It is hard to beat that kind of combination no matter where you go. So it may not be a temple or tourist spot, sometimes the best moments of a trip are the little things that you get to share with others that leave the greatest impact on you.