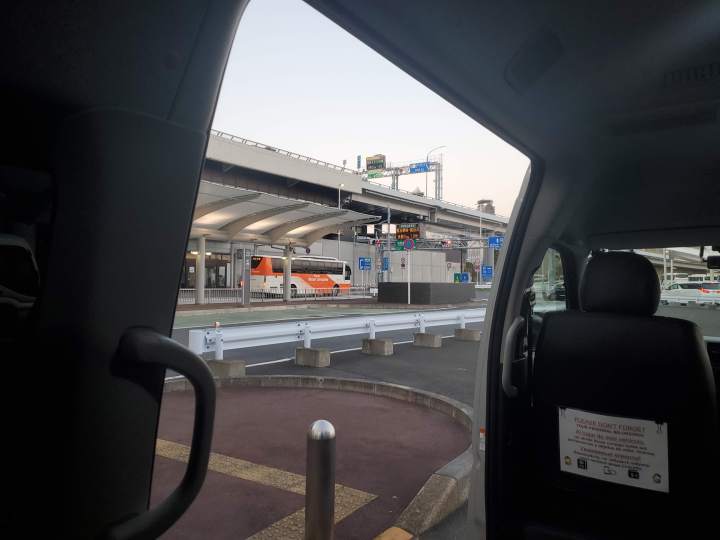 Ridesharing is not common in Japan, so cabs and taxis are the go-to when you need to get around Tokyo and other Japanese towns quickly (when you want to avoid the trains or if they are not running during the late night hours). However there are a few things to know about cabs before you attempt to flag one down.

2) The doors on Japanese cabs are usually automatic, so you may not need to open them up, which is a nice little touch. Also, when you exit a cab, always exit towards the curb. The door will literally be locked on the side that is near the street, so just keep that in mind before grabbing for the door (they do that for safety).

3) Most cabs are cash only, while I am sure that has changed since I was there in 2019, but just keep that in mind (especially if you are in smaller towns). In the US, you can swipe your credit card and go about your way, but in Japan, cash is still king so make sure you have plenty of Yen on you. And of course, do not tip, they do not require it and they are not looking for it.

4) If you are relying on a cab driver to speak English, that could be in for a problem. You are in a foreign country, so don’t expect everyone to speak your language. If you struggle with Japanese, either try to communicate with a big landmark like Sensoji Temple or Tokyo Tower. Or have someone like the great folks at your hotel or Google (but be careful, Google is rough with translations) have the directions written in Japanese and then present it to your driver. It will help them figure out where you are heading.

5) Most cabs are pretty small (although there some that were designed for the Olympics so are bigger for tourists and luggage) so just keep that in mind. If you are in a large group or have a ton of luggage, a regular sized cab may not be big enough for you and all of your stuff, so keep that in mind when flagging a cab down.

One thought on “Navigating Japanese cabs”